You are here: Home / Census

The United States Census Bureau, part of the Department of Commerce, is responsible for administering the Decennial Census which counts everyone in the United States. The Bureau also compiles other types of data through sampling and data collection. Some Census data is available at Census.gov. Detailed, personal information is released by the National Archives 72 years after the Census is taken.

When the U.S. Census was first taken in 1790, personal information was posted publicly. Now personal information collected in the Census is only released after 72 years. Decennial Census records from 1940 were released on April 2, 2012. In fact, even Census data is suppressed if it could be used to identify specific people.

Visit www.census.gov/history to learn how the privacy and confidentiality of Census records has changed over the years, view old Census questions, and learn how to use the Decennial Census for genealogical research. 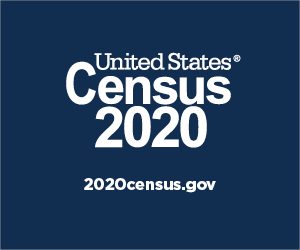 April 1, 2020 is Census Day! Here are some places to find more information:

A rough timeline of the 2020 Census